Police officers are often put in a variety of situations where they need different equipment, and their needs can change on a whim. When it comes to carrying a tactical rifle, police officers need a rifle sling that keeps their rifle secure, is easy to transition with, and allows them to go hands-free for the use of other equipment and other activities that do not require a firearm or equipment. These slings must be durable and versatile for police officers to use effectively in the field.

When considering a sling for your rifle, there are a variety of types of slings to choose from. Each of these slings has its advantages and its uses for different situations and the intended use of a said sling. Here we will touch on each of the different types, including single-point, two-point, three-point, and quick-release slings.

These slings are named in very basic terms, essentially self-describing their style and how they operate in relation to the rifle they are attached to.

A single-point sling simply attaches to a rifle at a single point on the rifle. This is usually somewhere on the butt of the rifle and can be attached with a clip or strap of some type. This is a very popular style of sling for AR-style rifles and other tactical rifles. This is a great sling for those who plan to use their rifle as their main firearm and do not necessarily need to use their hands for much else other than firing their rifle.

The single-point sling offers a lot of freedom of movement with the rifle while it is attached to the sling while still securing the weapon if the shooter needs to transition to their sidearm or use their hands for something else. However, some users do not like that when they go hands off their rifle. The single-point sling tends not to be stable enough to keep the rifle in a good secured position. It can tend to sway and bounce when the wearer moves, which can be an issue or uncomfortable for some.

These types of slings are very popular amongst hunters. Still, they are becoming much more popular in the tactical world of rifle carrying due to their versatility and different carrying styles that can be achieved with the two-point slings. This is very popular with carriers who need to alternate between their rifle, and sidearms and be hands-free for other activities.

With several different mounting styles that the two-point sling can be placed in, the user can situate the sling to achieve the positions they need to achieve for any type of situation needed. The two-point slings offered by Flatline Fiber Company also come with added versatility by being able to switch carrying positions quickly for all needs.

Versatility, maneuverability, and quick, easy use are traits that many carriers look for when carrying their rifle. Police officers need these attributes in a sling as well, as their situation could possibly go from calm to high-pressure action in a matter of moments. These two-point slings are becoming more popular with police officers. 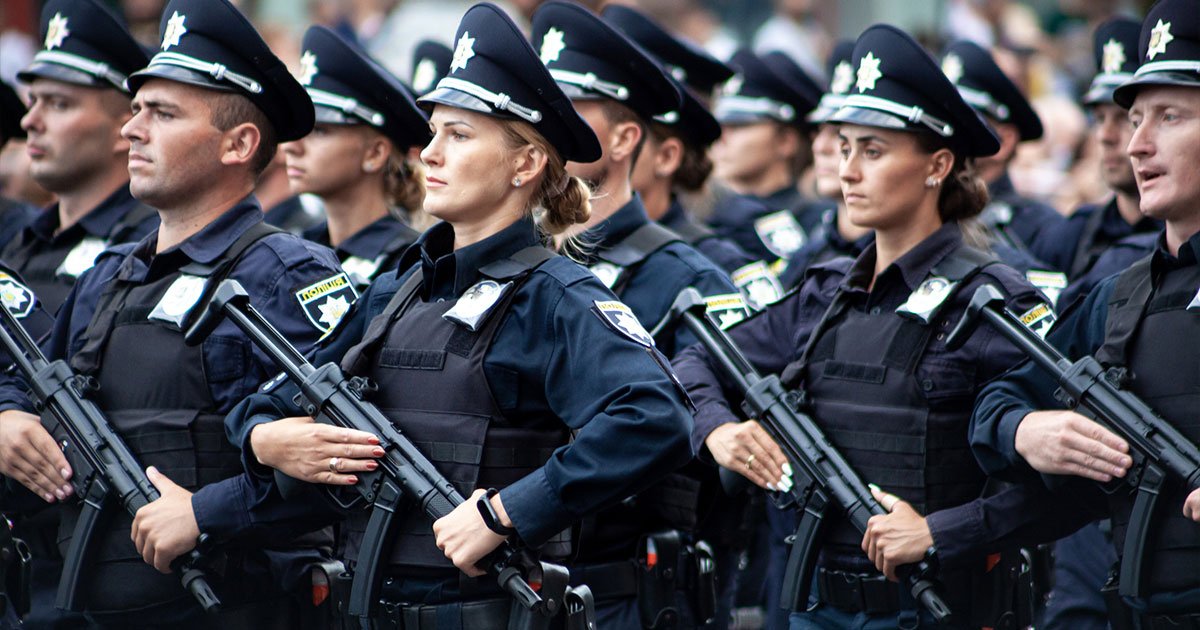 Three-point slings are probably the least popular type of slings. This sling is similar to a two-point sling but has a third attachment point that allows the wearer to have a loop around their torso for added weapon security. Some users say that this is a good cross between a one-point and two-point sling, while others believe that it is cumbersome and too hard to manipulate. This is truly a love-it-or-hate-it type of sling.

While this sling allows for great firearm security, it is a bit restrictive when it comes to ease of use. Maneuverability can be hard to achieve with this sling if you need to be adjustable on the fly. If you tend to carry a lot of equipment with you, it can often be too hard to use without getting snagged when needing to change positions.

A quick-release sling can be any of the above-mentioned types of slings but is outfitted with attachments that allow the user to disconnect and reconnect their sling to their rifle quickly. These are very useful in making your sling more versatile, maneuverable, and easy to use.

A quick-release sling can be achieved by attaching different swivel attachments to the sling itself. This will also require you to have reciprocal attachment receivers on your rifle. These pieces of equipment can be bought and attached to your sling and rifle for fairly cheap and fairly easily. This will add a lot of speed to your ability to go from using a sling to not using a sling or changing positions of your sling on your rifle. 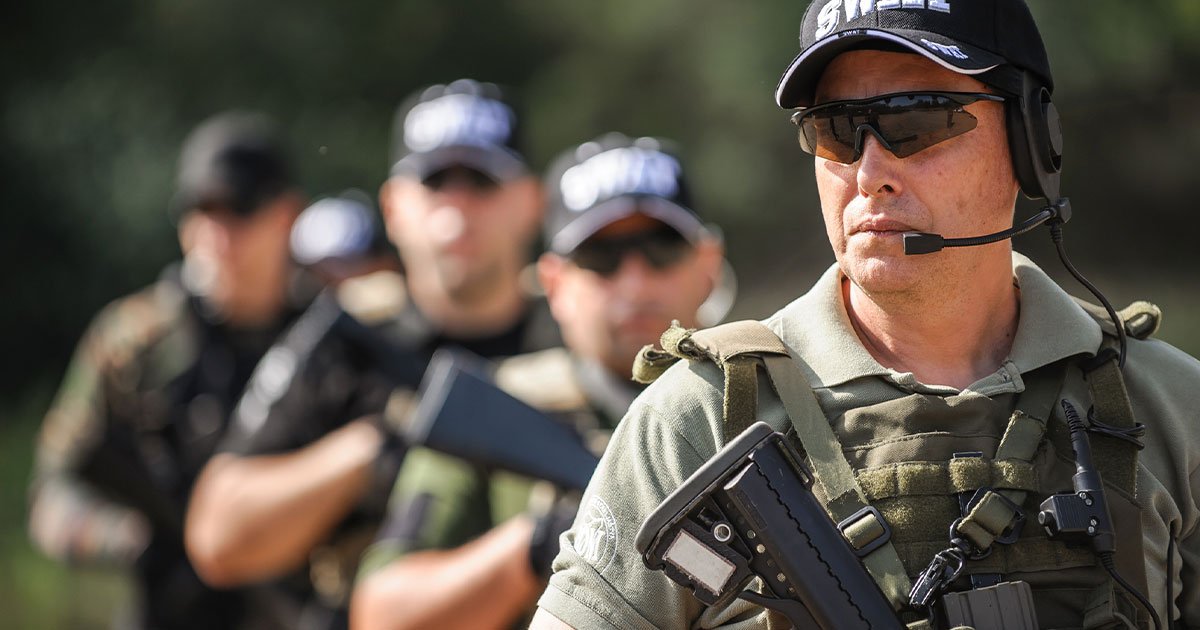 Most tactical slings are going to be made out of nylon or other synthetic materials as they are the lightest, most durable, and most cost-effective. They also have a better aesthetic look than modern tactical rifles.

The Flatline Fiber Company uses durable one-inch nylon webbing to make their two-point slings, with one option having a 500D Cordura wrapped pad for added comfort. These are handmade in the USA and come with a lifetime warranty. These are extremely versatile slings that allow the user to change their sling position and switch from position to position on the fly very easily.

A Few of the Best Rifle Slings for Police Officers

In many situations, police officers need to be able to be hands-free without their weapons getting in the way. But they also need to have quick access to it and transition between hands-free, rifle-ready, and sidearm use at a moment’s notice. For these purposes, we have taken reviews and opinions of current and former police officers as to what type of sling they prefer to use in the field.

The most common response to the best type of rifle sling has overwhelmingly been for the two-point type of rifle sling because it offers the most versatility and options for carrying position while remaining accessible and secure. Many like the two-point sling type because they can have the rifle ready at all times while remaining hands-free to use other equipment. Plus it is secure when they are not using it and is not over cumbersome.

Police officers regularly carry quite a bit of equipment on them when they are in the field, including a sidearm, handcuffs, radio, tasers, extra magazines, flashlights, and numerous other pieces of equipment. The two-point sling has been attested to for being the best while carrying all this other equipment in the field. The two-point sling allows officers to sling their rifle in front of them, behind them, to the side, or to go directly to a shooting position from their carrying position. Other types of slings do not allow for all those positions while also remaining secure while the officer is moving.

Single-point slings do not provide enough rifle security for officers when they go hands-free, and the rifle moves around too much while moving, leading to it banging and snagging on their other equipment. The restrictiveness of the three-point sling causes issues with the amount of equipment they carry too. Because the three-point sling has a torso loop, it often snags or is too binding, which makes it difficult to transition to different carrying and shooting positions.

The Standard and Padded Rifle Slings offered by Flatline Fiber Company have become extremely popular amongst police officers as they offer an extremely versatile two-point sling that works well with their equipment. These slings are comfortable and designed to attach easily to tactical rifles. Transitioning from position to position is easy with an easily accessible adjustment strap that allows the user to loosen and tighten the sling as needed.

If you add in their QD Mounts and Swivels, officers now have the ability to quickly release and mount their rifles whenever needed. And if you find yourself wanting to switch to a single-point sling, Flatline Fiber Co. offers a 2 to 1 Point Triglide that can be attached to your two-point sling. This is a great feature to have instead of having two totally different slings. 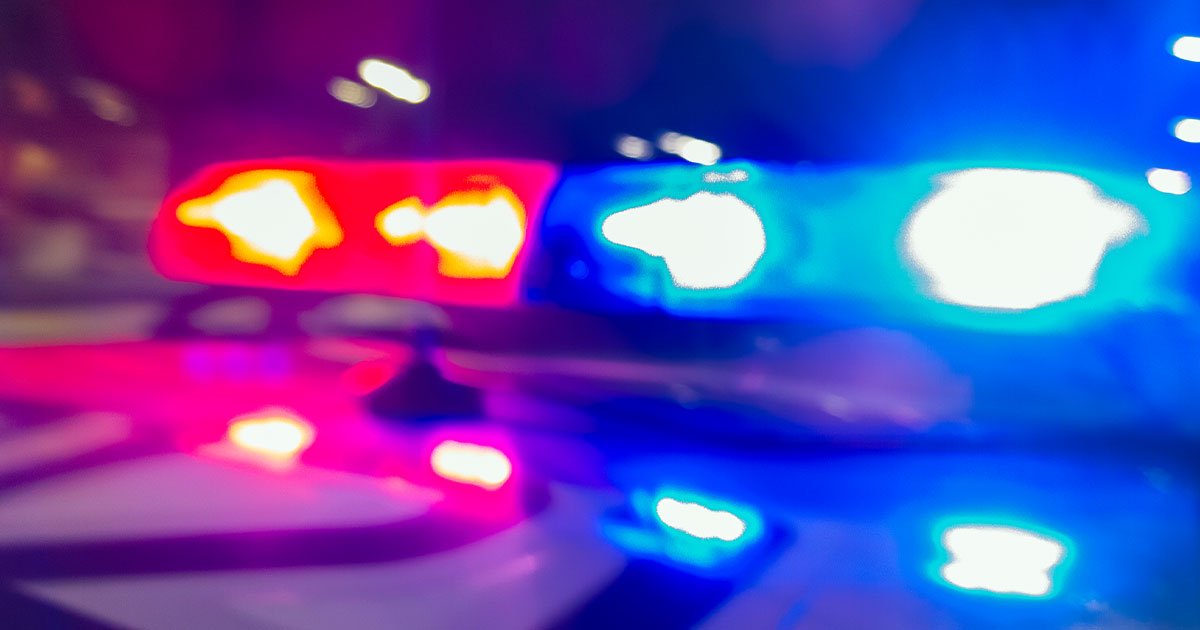 What Rifle Sling Do Navy Seals Use?

Navy Seals tend to use a two-point sling, which is very popular across all branches of the military. This is a two-point, nylon sling that is highly adjustable and works well with all the equipment that military personnel has to carry while they are in the field. The two-point slings they use have the ability to transition to a single-point sling while the Seal is wearing it, making it a very versatile sling for all their operations.

Police officers have a variety of slings at their disposal, but many trends towards the very versatile two-point sling to manage their rifle amongst their other gear and equipment. While each officer will have their own personal tastes and preferences, the two-point sling seems to be the most common go-to sling for the police.

10 Hunting Essentials for Every Type of Hunter
Scroll to top