Are you getting tired of carrying your AR15 in your hands? Have you ever wanted to have quick access to your rifle while working on something else? What about switching between your AR and pistol while at the range? If you answered yes to any of these questions, you need a sling for your AR15!


AR15 rifle slings make it much more comfortable to carry your rifle for long periods of time. Depending on the model they can also help with load distribution. Slings can even be used to help steady your shot and allow you to quickly and efficiently switch between your rifle and pistol.

Next, we will talk about why you should have a sling on your AR15, the different types of slings on the market and how they will attach to your rifle. We will also discuss how to determine which sling design will work best for you! 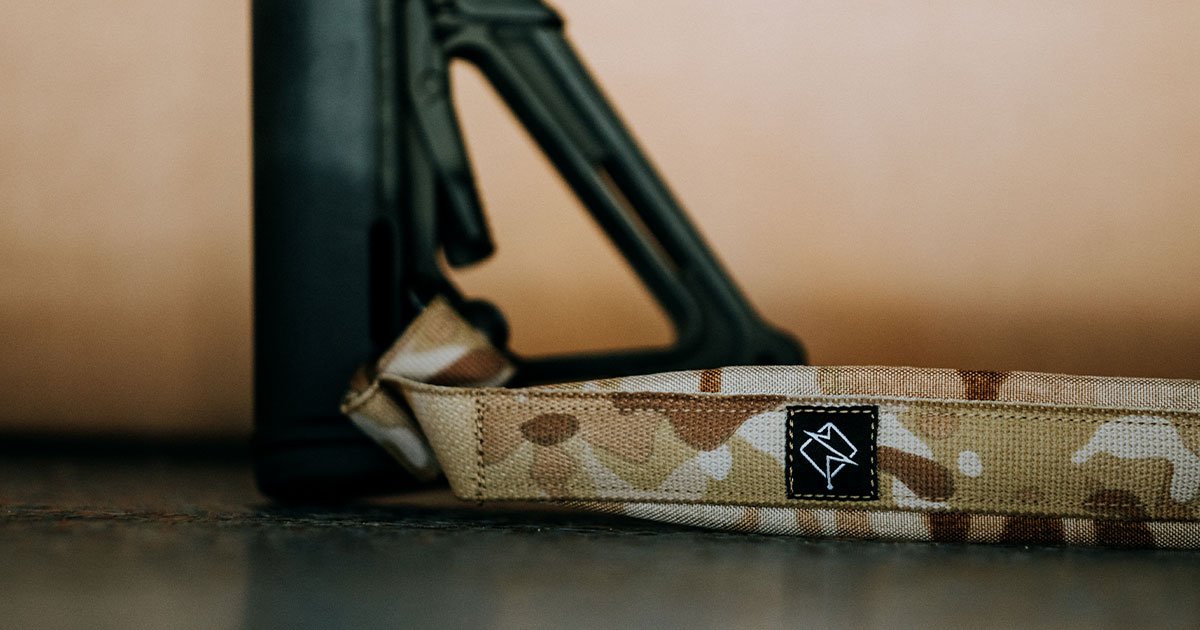 Why Do You Need a Sling?

Rifle slings are an essential gear item for people who want to have their gun at the ready, frequently carry their rifle for long periods, or would like to quickly switch between rifle and pistol. Slings are also a necessity for people in law enforcement or the military. Additionally, people who target practice with a pistol and an AR15 also need a sling.

Lastly, if you use your AR15 for hunting, a sling can come in handy when hiking to and from hunt locations, quickly steadying a shot, and even to keep the gun more accessible while waiting on stand.

The biggest benefits of rifle slings are:

Different Types of AR15 Slings and How to Use Them

The single-point sling is popular with SWAT teams and other tactical groups. The 1-point sling simply goes over the user’s strong side shoulder and diagonally across the chest. It only attaches to the rifle at one point. This point is typically near the butt of the gun. That way, when the gun is dropped, the rifle is always pointing down.

There are some real advantages and disadvantages to this setup. The biggest advantage of the single point sling is that it makes it extremely easy to switch shoulders when shooting around walls or other barriers. The other advantage to single point slings is that there is minimal webbing to get caught up in other gear or on structures.

Along these same lines, if you are an officer and need to apprehend a suspect you will have to release the rifle, once you do this, the rifle will be swinging all over the place and won’t be secure.

Second, and related to the first disadvantage is that when the weapon is just hanging on the sling it will hang quite low to the ground. This also makes the rifle more difficult and slower to bring to bear because the gun will have to travel a longer distance to your shoulder.

For these reasons, single point slings are generally best for tactical situations where you won’t be running or dropping your weapon. They also work best with shorter weapons. 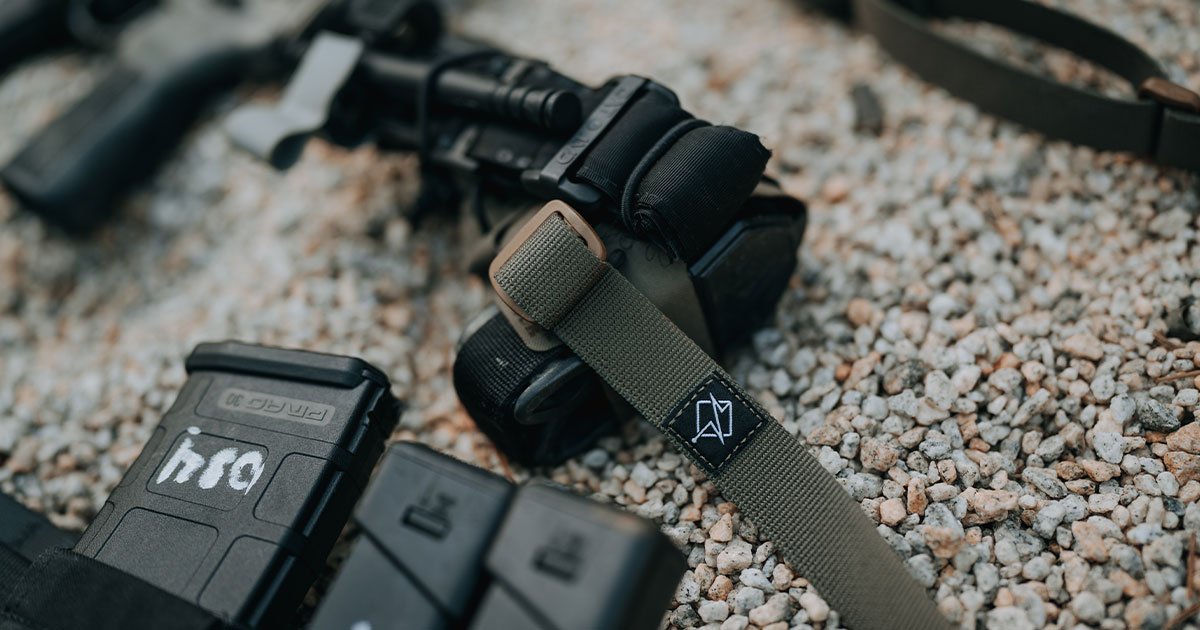 The two point rifle sling is probably the most popular sling ever. The two point sling is designed just how it sounds. The sling attaches to the rifle at two different points. These points are generally spread out across the rifle. The first point is typically located near the foregrip on the rifle and the second is near the butt of the gun.

What’s nice about AR15s is that you have an entire suite of attachment point options. You will be able to modify the attachment points and find out what will work best for you.

If you are used to slings on hunting rifles and shotguns then you may be surprised to find out that slings designed for AR15s are designed to be worn on the chest or the back whereas slings for hunting guns are typically only worn across the back or over a shoulder.

The two point sling is very versatile and there are several different ways it can be worn. Most people wear the two point AR15 sling by sliding the sling onto their dominant shoulder and around their neck.

This way the butt of the gun is closest to the shoulder that it will be brought to when ready to fire. When compared to a single point sling, this method allows you to shoulder the rifle faster.

If you aren’t going to be using the gun for a while but want to keep it close by, you can even wear it on your back. This places it completely out of the way of other gear on your chest or while you are working. With practice, you can bring it to the ready quickly even when wearing it on your back.

Like the one point sling, there are both advantages and disadvantages to this setup. The first advantage is that two point slings secure your weapon much better than single point slings. The gun will be secured quite a bit tighter to your chest, it will ride higher, and won’t swing around very much when moving quickly.

If you are firing at longer distances or need to make a more accurate shot, the two point sling can be used to help steady your shot.

The disadvantage to a two point sling is that it will be slower to switch to your offside shoulder than a single point sling. There is also more webbing to have to deal with although this usually isn’t a problem for most shooters.

If you are looking for a high quality two point sling that is handmade in the United States and comes with a lifetime warranty, then checkout the standard rifle sling or the padded rifle sling by Flatline Fiber Co. Two point AR15 slings are the standard and what most people wear unless they are in very specific scenarios and need a specialized sling.

When worn, the weight of the rifle will pull down on the webbing running between the two attachment points and create a triangle.

The biggest advantage to using a three point sling is that it secures the rifle better than any of the other sling options. This is perfect if you are needing to be very active with the rifle and move around quickly. When worn correctly, the rifle won’t bounce or slide around at all.

The downside to these slings is that they can be quite restrictive. There is much more webbing on three point slings than two or one point slings. The additional webbing can also create other issues.

For example, if you are wearing additional gear on your chest, the webbing can get snagged in it and delay you from using your rifle. This sling is for people who will be frequently carrying their rifle, need maximum retention and have a high chance of needing to be very mobile while carrying it. 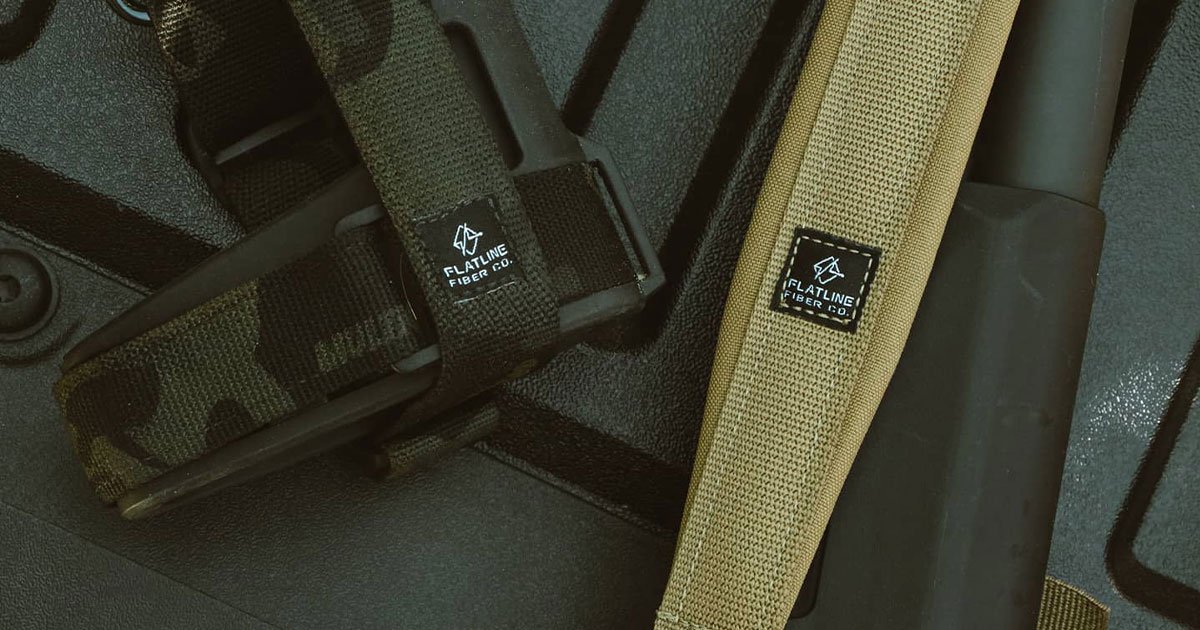 As far as comfort goes, deciding between a padded and unpadded sling is one of the most important decisions you will make when picking out a rifle sling. Some people like padded slings and others don’t. There are a few reasons why.

One reason some people prefer padded slings is that padded versions like this one are much more comfortable than non padded slings, but this comes at a cost. Padded slings can be difficult to use with a folding gun stock, and don’t work as well on low profile setups.

With that said, unless you are consistently wearing a collared shirt or a neck gaiter to avoid neck chafe from your sling, then a padded sling will be much more comfortable for you.  Especially if your AR is a little on the heavier side. A padded sling will help disperse the weight of the gun over a larger area.

Slings are practically a necessity on any AR15 rifle. Although there are a few choices to choose from unless you have a very specific need, you can’t go wrong with a two point sling.

Two point slings are great if you are new to the AR15 world or if you just want something that will work well in most scenarios. They are simply, easy to use, and can be adjusted to suit your specific needs.

I hope this article has helped you decide which sling will work best for you. Hopefully you will find the perfect sling for your rifle and it will make it much more comfortable to carry. Have fun and stay safe out there! 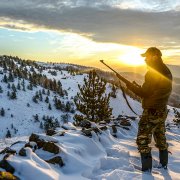 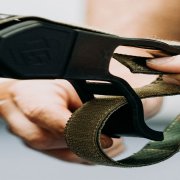 How to Wear a Rifle Sling
0 replies